One night a baby fish was sleeping under some coral when God appeared to him in a dream. "I want you to go forth with a message to all the fish in the sea,"
God said. "What should I tell them?" the little fish asked. "Just tell them you’re thirsty," God replied. "And see what they do." Then without another word, He disappeared. The next morning the little fish woke up and remembered his dream. "What a strange thing God wants me to do," he thought to himself. But as soon as he saw a large tuna swimming by, the little fish piped up, "Excuse me, but I’m thirsty." "Then you must be a fool," then tuna said. And with a disdainful flick of his tail, he swam away. The little fish did feel rather foolish, but he had his orders. The next fish he saw was a grinning shark. Keeping a safe distance, the little fish called out, "Excuse me, sir, but I’m thirsty." "Then you must be crazy," the shark replied. Noticing a rather hungry look in the shark’s eye, the little fish swam away quickly.
All day he met cod and mackerels and swordfish and groupers, but every time he made his short speech, they turned their backs and would have nothing to do with him.
Feeling hopelessly confused, the little fish sought out the wisest creature in the sea, who happened to be an old blue whale with three harpoon scars on his side. "Excuse me, but I’m thirsty!" the little fish shouted, wondering if the old whale could even see him, he was such a tiny speck. But the wise one stopped in his tracks. "You’ve seen God, haven’t you?" he said. "How did you know?" "Because I was thirsty once, too." The old whale laughed. The little fish looked very surprised. "Please tell me what this message from God means," he implored. "It means that we are looking for Him in the wrong places," the old whale explained. "We look high and low for God, but somehow He’s not there. So we blame Him and tell ourselves that He must have forgotten us. Or else we decide that He left a long time ago, if He was ever around." "How strange," the little fish said, "to miss what is everywhere." "Very strange," the old whale agreed. "Doesn’t it remind you of fish who say they’re thirsty?"
By Michael Jackson.
Posted by leenah. at 11:09 AM No comments: Links to this post 
It might be useful to know that if "I dont know," is the answer to every question you ask; "I know it," is the reply to every fact you tell; and "You know nothing," is the response at every comment you make ... you must know that you have encountered the acomodador!


Posted by leenah. at 1:03 AM No comments: Links to this post 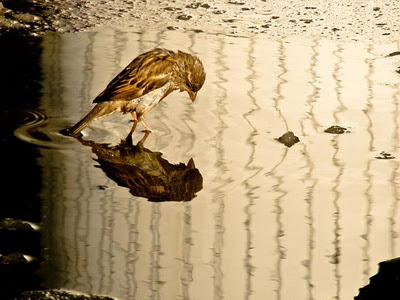 “Marie, let’s suppose that two firemen go into a forest to put out a small fire. Afterward, when they emerge and go over to a stream, the face of one is all smeared with black, while the other man’s face is completely clean. My question is this: Which of the two will wash his face?”
“That’s a silly question. The one with the dirty face, of course.”
“No, the one with the dirty face will look at the other man and assume that he looks like him. And, vice versa, the man with the clean face will see his colleague covered in grime and say to himself: I must be dirty too. I’d better have a wash.”
“What are you trying to say?”
“I’m saying that, during the time I spent in the hospital, I came to realize that I was always looking for myself in the women I loved. I looked at their lovely, clean faces and saw myself reflected in them. They, on the other hand, looked at me and saw the dirt on my face and, however intelligent or self-confident they were, they ended up seeing themselves reflected in me and thinking that they were worse than they were. Please, don’t let that happen to you.”
I would like to have added: that’s what happened to Esther, and I’ve only just realized it, remembering now how the look in her eyes changed. I’d always absorbed her life and her energy, and that made me feel happy and confident, able to go forward. She, on the other hand, had looked at me and felt ugly, diminished, because, as the years passed, my career—the career that she had done so much to make a reality—had relegated our relationship to second place.
If I was to see her again, my face needed to be as clean as hers. Before I could find her, I must first find myself.
From The Zahir- Paulo Coelho
Posted by leenah. at 1:30 AM No comments: Links to this post

One evening an old Apache told his grandson about a battle that goes on inside people.

He said, "My son, the battle is between two wolves inside us all.

The grandson thought about it for a minute and then asked his grandfather: "Which wolf wins?"

The old Apache simply replied, "The one you feed..." 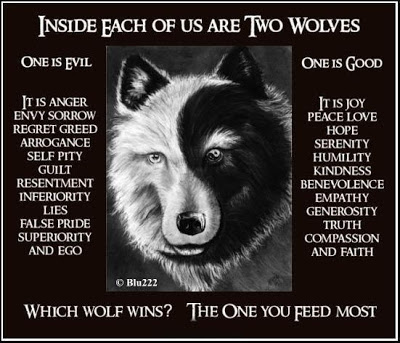 Posted by leenah. at 12:30 AM No comments: Links to this post

Posted by leenah. at 12:15 AM No comments: Links to this post

Don't Go Back To Sleep 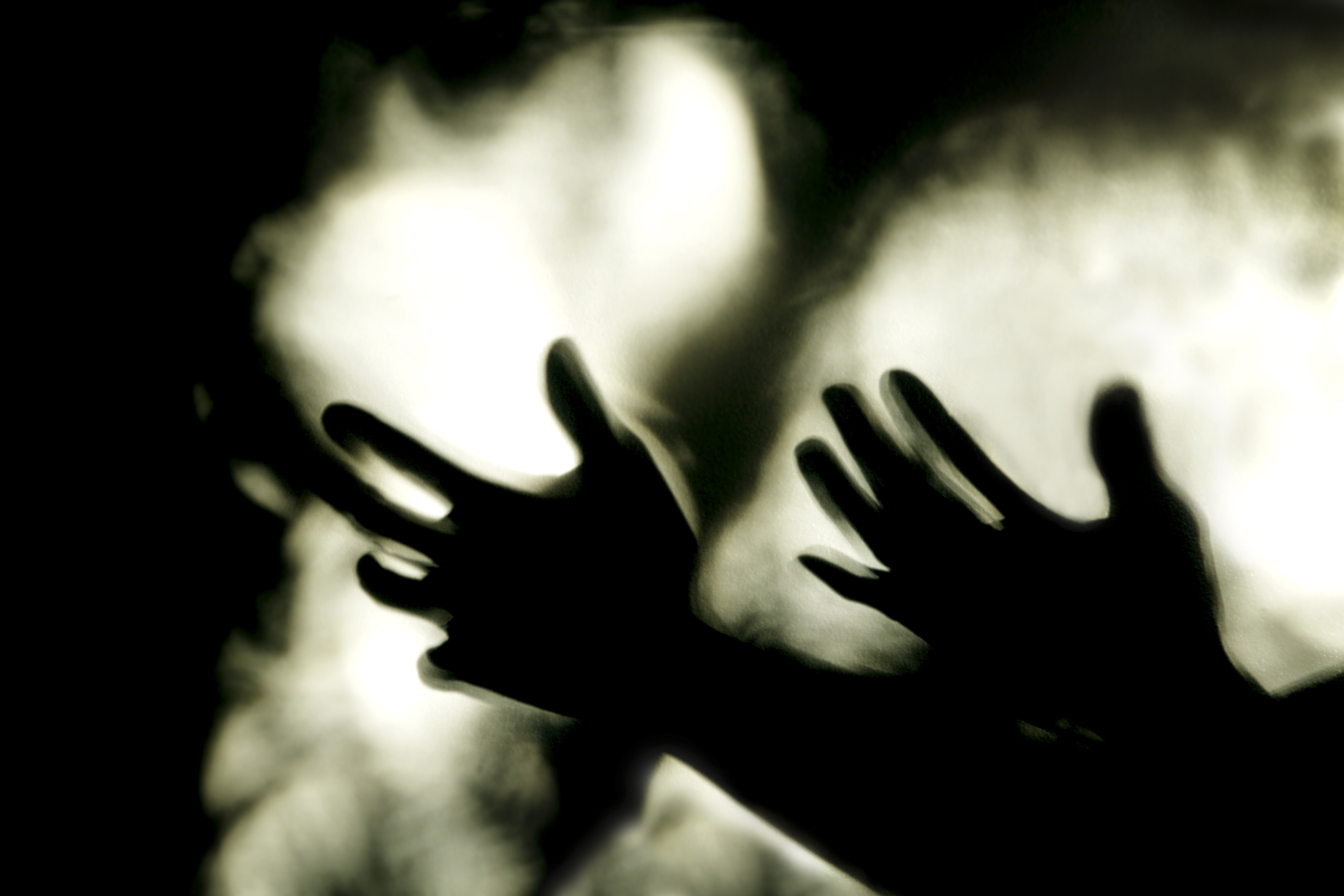 One night a man was crying,
Allah! Allah!

His lips grew sweet with the praising,
until a cynic said,
"So! I have heard you
calling out, but have you ever
gotten any response?"
The man had no answer to that.
He quit praying and fell into a confused sleep.
He dreamed he saw Khidr, the guide of souls,
in a thick, green foliage.
"Why did you stop praising?"
"Because I’ve never heard anything back."

"This longing you express is the return message."

Posted by leenah. at 10:51 PM No comments: Links to this post

Posted by leenah. at 11:35 PM No comments: Links to this post 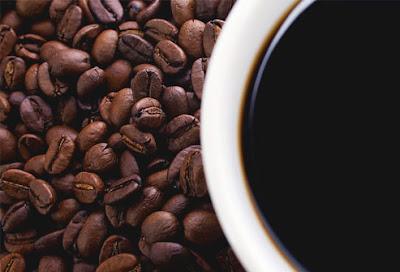 A group of highly placed alumni visited their old university professor. Conversation soon turned into complaints about stress in work & life.
Offering them coffee, the professor returned from kitchen with a pot of coffee & an assortment of cups - porcelain, glass, crystal, some plain-looking, some expensive, some exquisite.
He asked them to help themselves to hot coffee.
When all had a cup of coffee in hand, the professor said, "If you noticed, all the nice looking expensive cups were taken up, leaving behind the plain ones.
While it is but normal for you to want only the best, that is also the source of your stress. What you really wanted was coffee, not the cup, but you still went for the best cups & were eyeing each other's cup.
If life is coffee, then jobs, money & status in society are the cups. They are just tools to hold & contain life.
Don't let the cups drive you,
Enjoy the coffee!" :)
-Anon


Hey, and dont forget to listen to this ;) 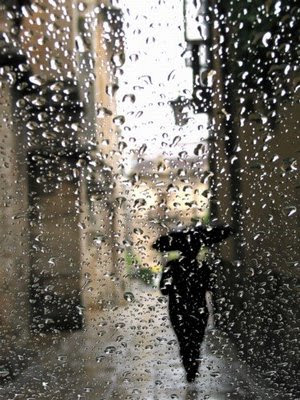 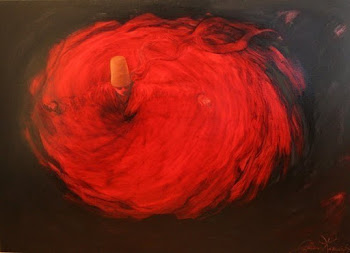 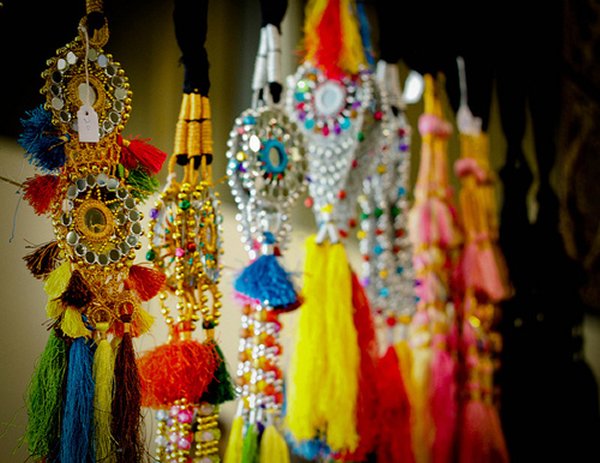